Last November, when I had recently published my novel Os Dias da Peste in Brazil, some friends of mine (here and abroad) asked me when Os Dias da Peste would be translated into English. My answer has consistently been that I don´t know – but the truth is that it will probably never happen.

This is not me being bitter or egocentric, on the contrary. As far as publications in English goes, 2009 was an excellent year to me. I had nine original stories published in several online magazines, and two of them were podcasted in StarShipSofa. I have more stories in the slush piles of magazines all over, and on the top of that, I´m writing a novel in English right now. So, I have no doubt that 2010 will be better.

But then again, it may be an over-pessimistic view, or even self-censorship (we Brazilians over 40 years old tend to do that a lot – maybe that has something to do with the military dictatorship we had in the country from 60s to the 80s, even though we´re living ever since in a democracy and President Lula, at least IMHO, is by far the best president we had in a very long time, but I digress).

What I want to explain is this: I have a huge interest in matters of language – in my particular case, I started studying English at eight years old (I´m 43 now) and have lived for a short time in England in the early nineties. Shortly after that, I decided to write in English. It was a short-lived attempt (I manage to publish one short story in a US fanzine, but other than that I collected several rejection slips), after which I returned to the Brazilian market by way of the theater (I also write for the stage). I found my English wanting then, and I knew I needed to get much more acquainted with it before giving it another try. This is what I decided to do in 2009, when I finally thought I was ready.  But, naturally, things are never that easy.

As a translator, I strongly believe that nothing is untranslatable – Joyce´s Finnegan´s Wake was recently translated in Brazil, in a major accomplishment by linguist Donaldo Schüler, and a Brazilian classic, also considered impossible to translate, Guimarães Rosa´s Grande Sertão: Veredas,  was translated to many languages decades ago, in several cases (especially in German and Italian) with the help of Rosa himself, who was a polyglot and discussed painstakingly several words and terms typical not only of Brazilian Portuguese, but of the Minas-Bahia wilderness, the sertão (his correspondence with his translators is famous).

But, despite being a translator, I find myself working in two different tracks when it comes to writing. When I write science fiction in Portuguese, I focus not only on the language, but also on the canon of stories – that is, on all the narratives that have been written in the tradition of Brazilian SF. The problem with that approach is the lag – Brazilian SF is light-years behind American or British SF, both in theme and in style, I´m afraid.

Os Dias da Peste intends to be a breakthrough of sorts – but to the Portuguese-speaking canon, not to the English-speaking one. Again, this is not about egocentrism or conceitedness; this is just about doing something that has never been done before in Brazilian SF. Os Dias da Peste is an experience: a return to a cyberpunk/slipstream panorama with an assortment of satirical elements (though not a fundamental one, it´s a very important trait in Brazilian literature) and, more importantly: a setting where Murphy´s Law is king: Anything that can go wrong will go wrong. This is definitely something with which Brazilian readers can relate to.

The English novel is an entirely different affair, since it makes me think in other frequency, so to speak, and it also makes me access another canon of stories, which is also very refreshing. This will pose a huge challenge to me in the years to come, but it will be an interesting one – to struggle with two extremely different languages and the completely diverse stories they urge to me to write in them. That said, I still don´t know if Os Dias da Peste will ever see the light of day in the English language – who knows? – but I have many more stories to tell. 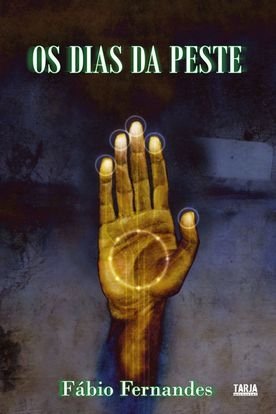