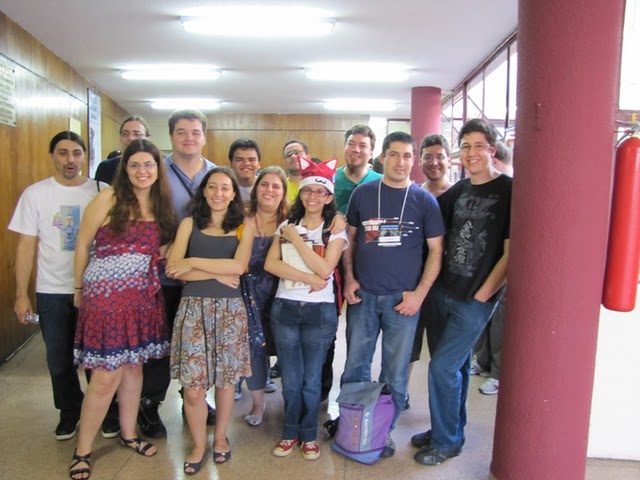 Over at the Apex blog, Christopher Kastensmidt reports on the 4th annual Fantasycon in São Paulo, Brazil:

This last weekend (the last weekend in August) I participated in Fantasticon 2010: IV Symposium of Fantastic Literature in São Paulo.  This impressive event, dedicated exclusively to speculative fiction literature, gathered together most of Brazil’s top SF editors and writers.  Let me summarize by saying: 1) Fantastic literature in Brazil is thriving, and 2) I should be reading a lot more of it!

Although Fantasticon is in its fourth year, this was my first real-life contact with both the event and the Brazilian speculative fiction community at large.  And what an amazing community it is.  Even with my relative ignorance of the Brazilian SF field (I’ve read several collections and novels, but only a drop in the bucket of what’s out there), people were open to discussion and recommendations.  Everyone was wonderful, but then again I think that describes the speculative fiction community the world over.  I’m glad to be a part of it!

The event was housed in a thematic library which deals only with fantasy literature for kids (how cool is that?).  The administration allowed Fantasticon to use their space free of charge, which helped keep the entry fee at the extremely reasonable price of free!  For the most part, Fantasticon consisted of two parallel tracks: one for workshops and one for panels.  Anyone could participate in any event, but had to grab a number beforehand to prevent overcrowding.

Over twenty books were launched at the event, not to mention a huge gamut of previously-published fantasy titles for sale, proving that fantastic literature in Brazil has come a long way in the last decade. – continue reading!

Or click here for photos of the event, taken by Leandro Reis.